Put me on a planet, dammit! So, my work decided that I would either be relocated to Perth or be accepting my redundancy (including the package that comes with it). That means after about six years of residing in Australia, I will get back to what I came here for in the first place: travel! 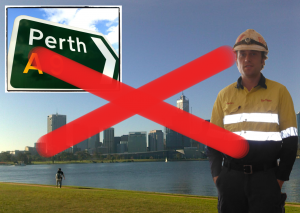 Conveniently there is this major sporting event happening in a country that lives and breathes football (for the infidels amongst the readership: soccer) already. And now they are hosting the World Cup? Wow!
Not to much after that and not too far away there is this crazy and maybe most renown annual festival in some desert in Nevada. After that, I have very unspecific ideas about what to do and where to go. Some of which can be Caribbean, Mexico, back to South America and near the end going back to my old home, Germany.

I will try to use this blog to deliver my impressions, experiences, ideas and plans about what is happening to me and where to go.

Meanwhile, I spent the last few month preparing for the first leg of the journey, getting flights, some tickets for a couple of games and roughly figuring out what to do, especially in the first week until the madness starts. 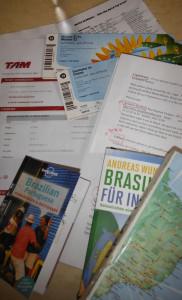 After flying 34 hours I will gladly make use of the home-stay I booked in some hipster area in São Paulo, especially the shower. The day after I am going to see the Iguaçu falls. I gave myself three days for this, so I can go the Brazilian and Argentinian side, plus walking into Paraguay, even if it’s just for the stamp in my passport.

Then it’s northbound to Fortaleza, which is on the northern coast of Brazil. Surrounded by some of the most beautiful coast lines and national parks of Brazil, I will spend a bit of time here trying to get to know more about the culture. My first game is here on the 21st of June (so a week after my arrival): Germany – Ghana.
I will meet Carl Doust here on the 19th (or was it the 20th?), which should give me a few days to check out a couple of national parks, away from all the mayhem that goes down when Brazil will play Mexico here on the 17th. I might be back for that however, as someone through couchsurfing offered me a place to stay in Fortaleza. And why not party with a local while their team is playing? But that will get decided on the spot.

On the 22nd Carl and I will travel together eastwards. We have until the 5th to get to Salvador, which is plenty of time. My Brazilian friend Gisele was so nice and prepared a whole dossier for me on where to go, what to see and also what not to see on our way to Salvador. Pretty cool!
The reason why we have to be there on the 5th is that I have a ticket to the quarterfinal that could be Spain – Italy (providing both win their groups and first play-off games) – should be good no matter!

Carl and I will then fly to Manaus to have a look at that creek and the little grove there for a few days. Carl flies on to Peru and I don’t really have an idea yet what to do. All I know is that I have a flight from Rio de Janeiro to Austin, TX on the 23rd of July and that I definitely want to have a few days in that city. I am not sure, if I want to give me the city during the final, but hey, why not be there to see Germany win ^^.

My second part of the journey begins in Austin, where I will meet Morgane. Our mission there is to buy a car (a classic one of course) and get on with our road-trip to Burning Man, via L.A. and San Francisco.
Burning Man! I was lucky enough to meet so many awesome people during my time in Australia and now I am very excited to team up and party with some of them there. It goes without saying, that this will even top the experience of a World Cup in Brazil to go and be weird with some of the best people I’ve met in my life!

After that everything else is just a vague idea. Mexico, Costa Rica, Caribbean, back to South America is all on the list but that’s about it. No dates or so, but it will all become more clear once the time approaches.
Almost certain however is that I will be in Europe in February. I would like for one return the favour of visiting friends that made their way to see me in Bonn last time and also visit new friends that will be around there somewhere.

It would be an understatement to say that I am pretty damn excited about this all!