Salvador is famous for it’s historical center, but somehow i never saw all of it. Instead I went on a free walking tour organised by a couple of the local couchsurfing community. This tour is aimed at showing the Salvador beyond the touristy attractions, going where tourist will be told to never go, because it might be unsafe.
Pedro, our guide took us through what just lies a few blocks away from the tourist attractions, but is never been seen by anyone but locals. One can tell, as the buildings there are not maintained at all. In fact only the touristic center is maintained.
There are so many empty building just standing around unused, often the inside burned down by the owners, so it would not attract squatters. They are simply waiting for anyone buying whole blocks, instead of trying to make up the buildings. Most of the buildings are actually heritage listed, but that wouldn’t stop anyone here from changing or tearing them down. 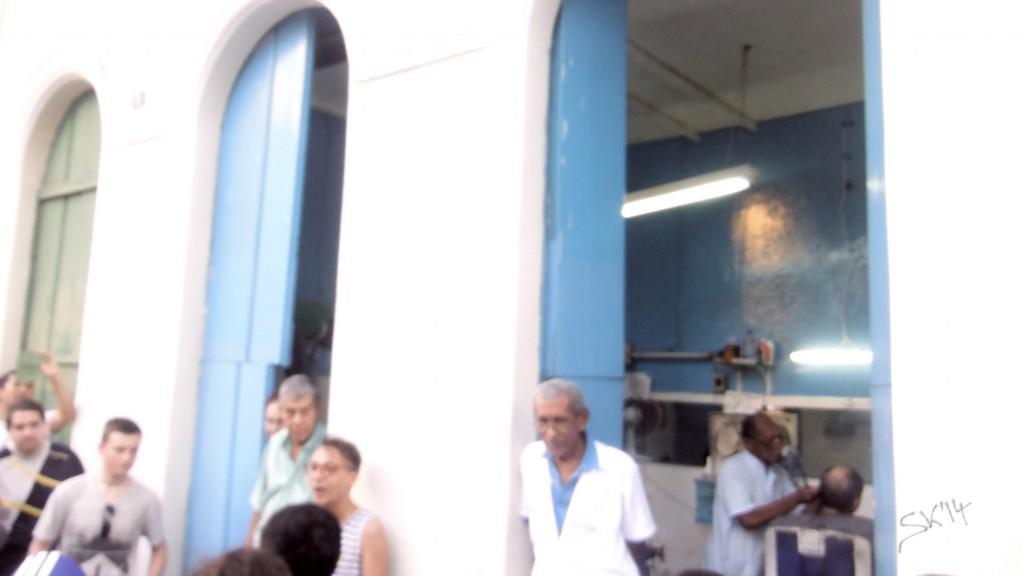 What used to be the old financial district is now just a bunch of empty buildings that do not house anyone. And that although housing is an issue in Salvador, maybe even as much as in Rio or São Paulo. Entire area that used to be the bohemian center of the city, in the 50s are now very dodgy – as in no-go even if it’s day and you are Brazilian, if you don’t know anyone there. Lucky for us Pedro knew the people there and so he could share with us what lies beneath the pretty face of Salvador.

What I like about the Stadium in Salvador is that it is actually in the city. Unlike in most other host cities (except Rio de Janerio) it is just a five minute cab ride from the center or the bohemian center in the other direction.
I went to see the quarterfinal Netherlands vs Costa Rica, a game that later should become famous for exchanging the goalie 1 minute before the penalty shootout and that same goalie saving two, thus winning the game. Apart from that there’s not much to say about this game.

After going out in Rio Vermelho, Carl and I would return the car in the morning and fly off to Manaus to get into some Amazon action.

most buildings in this photo are actually empty

which is officially not allowed – no casinos, etc

a restaurant, with no signs or indication

not too happy to see me, but agreed to a photo

penalties after a boring game